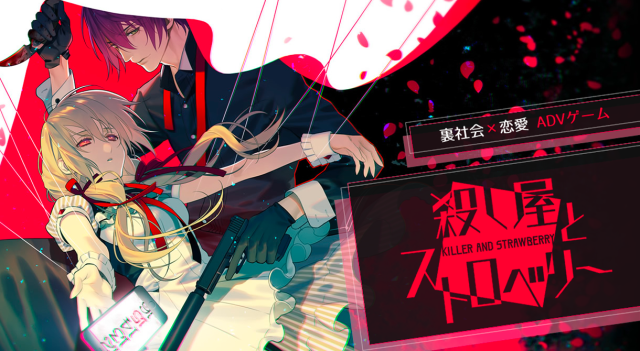 「 Will you still love me — even when you know the truth? 」

The story begins in a city somewhere in present-day Japan. One day, the heroine “Ichigo” is drugged, locked inside a briefcase, and taken to a certain place. first of all how the hell do you fit anyone in a briefcase

When she next opens her eyes, Ichigo finds herself at Cafe Tsukikage (lit. Cafe Moonlight) — a cafe not accessible by the general public.

Open exclusively to underworld figures, the cafe’s owner and its waiters reveal themselves to be “professional killers.” Ichigo braces herself for what’s to befall upon her, but is taken by surprise when the cafe’s owner explains their job.

“The task given to us this time wasn’t to kill, but to protect you —
that’s why you were brought here. We do not go back on our word once
we have taken a request. We will do whatever it takes to keep you safe.”

Having lost her ability to speak due to a traumatic incident in her past and with nowhere to go, Ichigo decides to work part-time at Cafe Tsukikage.
whats up just got kidnapped by these shady guys who kill ppl !!! gonna work at their cafe now yolo xDDD

Who exactly is trying to take my life? Who hired these assassins to protect me?
What will become of me from now on……?

This is a story of those in the criminal underworld — “killers,” “carriers,” “arms traffickers” — where you must unravel the mystery tying everything together, and pursue the truth that’s been sealed behind closed doors. 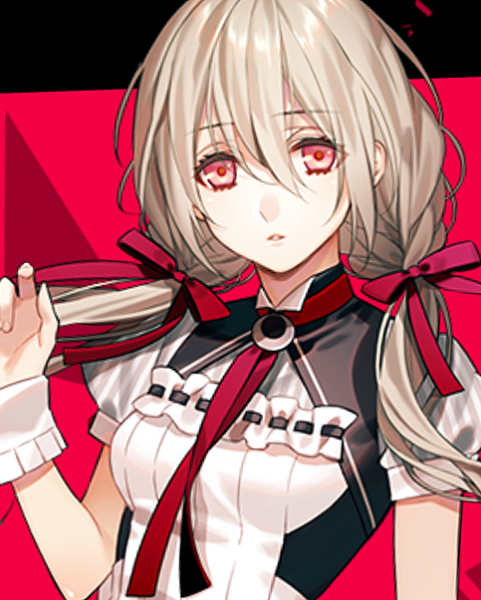 The heroine of this game. She has a very polite, stoic personality. Having lost her ability to speak due to a certain incident, she communicates with others through typed messages on her phone. She was raised in an orphanage; it is unknown if she has any family or relatives. 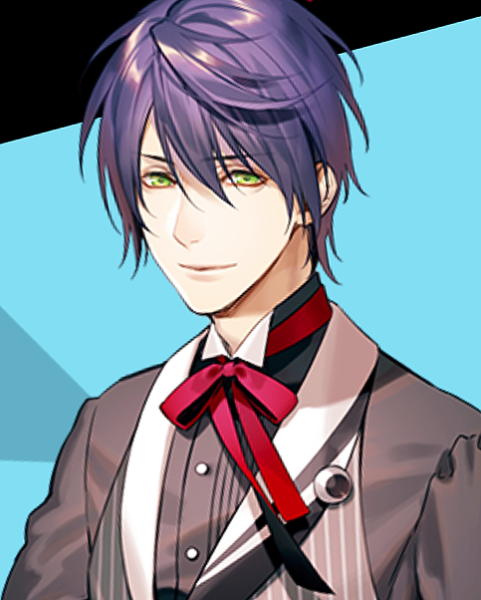 “Please rest assured. Though we are professional killers, you are not one of our targets.”

The owner of Cafe Tsukikage. He is very polite and caring. He always has a smile on a face, and never seems to get angry. He is also in charge of making desserts at the cafe. However, he primarily works as a professional killer. 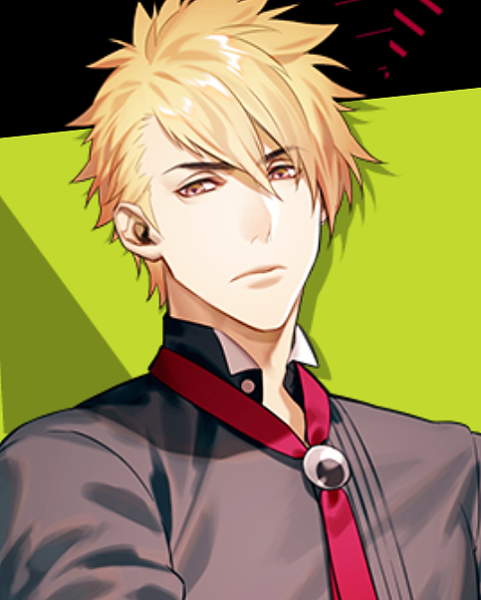 “I don’t wanna know about your personal details. Don’t make me feel anything. I don’t want to get too involved.” woah there edgelord86 calm urself

A waiter and barista at Cafe Tsukikage. He’s cold, violent, and has a foul tongue, but is very serious when it comes to making coffee and cooking at the cafe. Like Tsukimi, he primarily works as a professional killer. 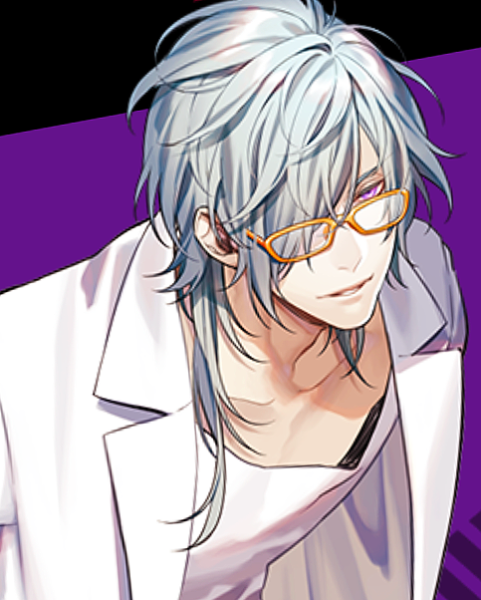 “As soon as you step foot into my clinic, you’re already a patient of mine.”

A back-alley doctor whose clinic is located in the back of Cafe Tsukikage. Despite not having a license, he is an extremely skilled medical practitioner. He is a rationalist and an eccentric. He usually avoids socializing, and is a bit of a lone wolf. His hobby is making miniatures. 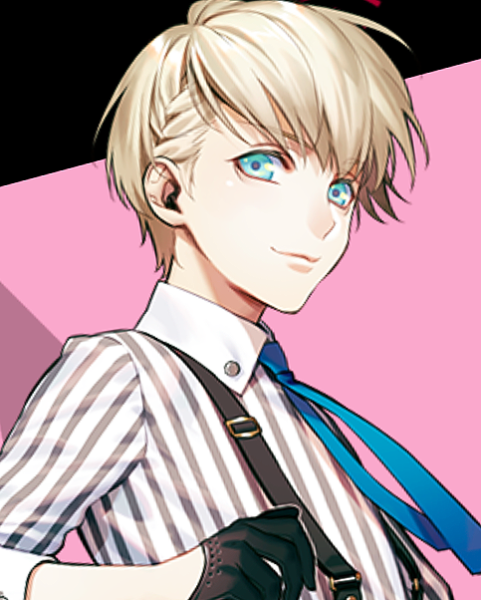 “I think know this already, but I’m not kind — nor am I a good person or anything like that.“

An arms dealer whose shop is in a corner of Cafe Tsukikage. He has a very laid-back personality, and always speaks his mind. Though he looks very young, he is actually an adult. However, he’ll always tell you he’s 16, and his real age is a mystery. 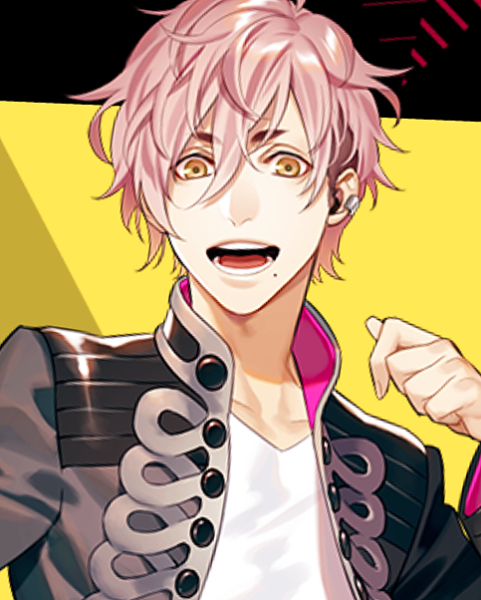 “If you saw a girl being mistreated right in front of you, wouldn’t you naturally want to be nice to her?” aw he sounds so sweet

A “freelance” killer who takes jobs from Cafe Tsukikage. He has a bright, easygoing personality and is often the mood maker of the group. Despite how he acts, he takes things seriously when he must. Though he’s more than capable at his job, for some reason he’s always in debt. 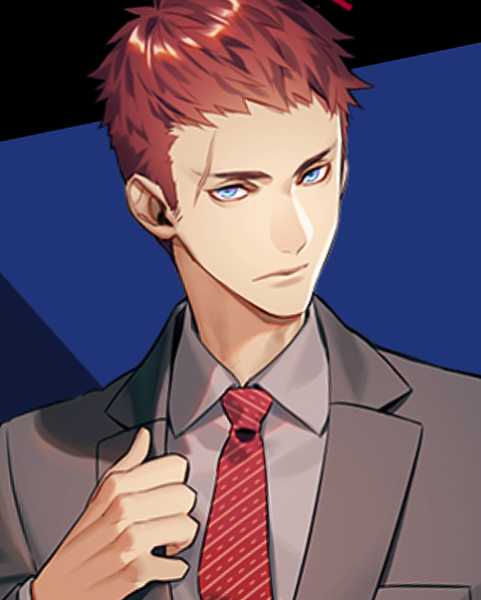 “Miss, please listen to me. Do not speak a word about this — it’s for your own good.”

The secretary and bodyguard of the president of “River Org.” (lol idk what this is tbh) He is a very methodical and serious person — a man of few words, he can come off as intense at times. Contrary to his intimidating appearance, he has a kind heart. 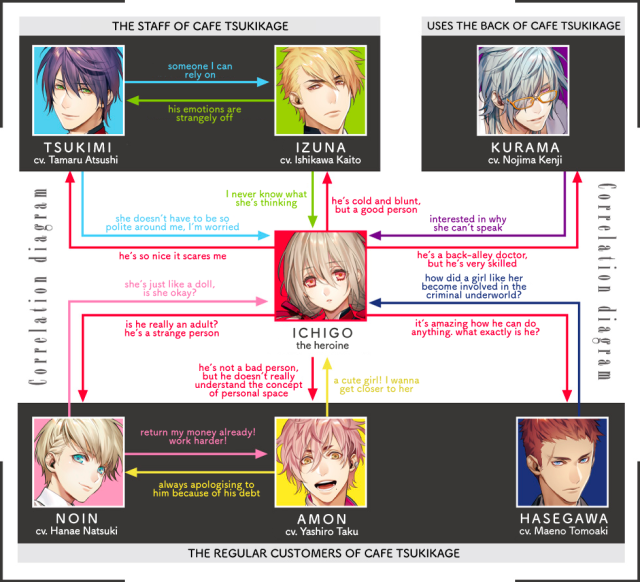 I was lowkey excited for this at first but between the time I started this post and now it’s kinda died down LOL a lot of ppl I know have doubts when it comes to broccoli’s games  so I’m kinda skeptical tbh……..🤔🤔 but hey broccoli finally made something that’s not utapri so good job for doing that at least

as expected of kazuki yone, the art is super pretty (10/10 would date heroine) and I’m definitely interested in the direction/’dark’ theme it seems to be going for?????? (even though they really don’t do a v good job of explaining what the actual plot is lmao) also I hope they actually do something with the heroine’s inability to speak and don’t just use it as an excuse to make her a dead log…….we’ve seen enough of those I think😂😂😂

also I’m late but happy 2018!!!!!!!!! I honestly didn’t play much last year but I’m interested in quite a lot of upcoming games (mainly from otomate thanks to almost every other company being basically dead lmao) and I actually have a backlog now so hopefully I’ll be be able to get through a lot of games this year!!＼＼\\٩( ‘ω’ )و //／／

6 thoughts on “Koroshiya to Strawberry ~Introduction~”